Omar Alsumah within the FIFA squad, and Sennacherib king enters the history of European football

Syrian stars stormed the world of football from its wide door, and were given the opportunity to be in the right place, the hopes of the fans of the Abbasids, Khalid bin Al Waleed, Hama, Hamdaniyah, Deir and Qamishli, recorded their names in gold and knew their morals and humility, in addition to their impressive performance within the green rectangle.

Age of the calendar
Al-Ahly striker Omar Alsumah was included in FIFA’s weekly lineup after his impressive performance against Al Nasr last week in the Saudi league, where he managed to score a hat-trick in one run. The list, together with the somme, includes Neymar, Ibrahimovic and Marcelo.

A record-breaking player in Saudi Arabia and a master of Saudi clubs, is considered the best professional in the league and fans of the undisputed, and the Saudi fans call it a “dangerous” with a rocket foot and football intelligence.

The Syrian striker, the son of the club Al-Fatwa Al-Diri, was talking about the football street in Saudi Arabia. His star did not shine in Syria, but he brightened up outside, top scorer Abdellatif Jameel last year with 22 goals.

Hashtag «naturalization of the so-called popular demand» is the slogan that invaded the pages of the Saudi masses on social networks, in an invitation to join the Saudi team.

Al-Akeed was the first to raise the flag of the revolution in a match for the Syrian team, after winning the seventh West Asian Championship in Kuwait. He gave the achievement to the Free Syrian Army, which was attacked by some players and administrators loyal to the Assad regime.

According to press sources for Euro Sport, Omar Alsumah is the owner of the number 737764 on the wanted list of the Syrian intelligence accompanied by his parents.

The company has offered serious naturalization offers from three Gulf countries – the United Arab Emirates, Qatar and Saudi Arabia – according to its agent, stressing that the priority would be for the Kingdom if approved.

Firas Khatib
The son of Al Karama Al-Homsi Club. He played for several Syrian clubs and was chosen as the best athlete in the local international for several times. He starred with his native club before achieving the Kuwaiti league title with Al Arabi.

Breaking the record in Kuwait and the first historical goal in all the local competitions with 211 goals, has the skills and high aspirations have always been Syrians, is always a trump card and a difficult man in the team.

Jihad Al Hussein
The calm, upscale playmaker, one of the champions of dignity in the AFC Champions League, has emerged in his native club and starred with the Syrian team in the Asian Nations, a “friend of the best” for Firas Khatib.

He is one of the top 10 professionals in the Saudi league. He received only one yellow card in 2237 minutes, and for his club management he is a red line and can not be bargained for.

The Syrian fans waited for him long to see him inside the green rectangle defending the shirt of the team, after he heard many more than they saw him.

He began his career with the Royal Union of Belgium, then moved to Rossellar, Germinal Berchotte and Lucerne of Belgium and was loaned to the Greek club of Pathnakos.

And then saw a qualitative leap in his career when he moved to the Dutch club Roda in the Premier League, which got him the best scorer in the Netherlands in 2012.

He is now playing in Turkey’s Qasim Pasha Club for a three-year contract with a salary of one and a half million euros a year. He also plays for Syria in the double qualifiers for the Asian Cup and World Cup. 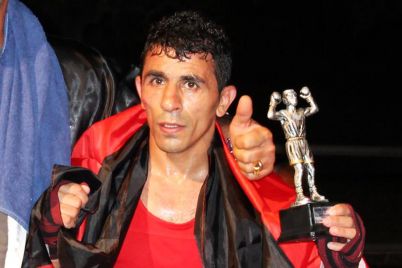 Haider Warda, a Syrian boxer, defeated displacement and injury and won a championship in Italy

The Syrian sports champions proved their ability to continue the championship career despite the displacement, years of war and suffering,… 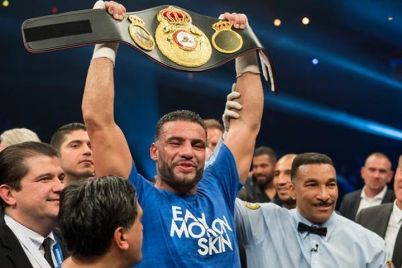