Syrian refugees are full of sporting talent, some of whom are bright stars and others are groping. How do they look like in Germany? And what difficulties they face. DW Arabia met some of these talents and had the following report.
Jose Mardini is poised to qualify for the Rio de Janeiro Olympics. Her sister Sarah Mardini, who has several titles in Syria, also appears in the picture.

Mohammed Al-Zaher, 40, took his place in the middle of the three bars to tackle the penalty shoot-out. His only son was the “magician” Ahmed, who completed his seventh year a few weeks ago. Ahmed Kalasmar and Janawar try to deceive his guardian father. He managed to get some goals and the father managed to repel some kicks. We suspected that the father would be too lazy to stop the son’s kicks. We tried our luck and stopped as goalkeeper. We could not do better than the father did. Ahmed’s technical skills are striking, and his abilities are great in taking possession of the ball and keeping it even blindfolded.

“For his age, the performance is amazing and amazing,” said Zena, the 12-year-old German girl who met Ahmad here on the pitch. Ahmed asked us to translate Zina’s sentence “If we leave Potsdam, we will miss you.” “Ahmed came on the pitch and was just one year old, and everyone who saw him saw a great thing in the football world,” says Abu Ahmed proudly.

Mohammed al-Zaher’s family landed in Potsdam about five months ago. A few days ago I got asylum. “During this period, Große Glienicke heard about Ahmed’s abilities. The coach came to us and took us to the club and saw Ahmad on the pitch,” says Ahmed’s father. Ahmed trains at the club three training sessions a week, and the club provides him with “the necessary equipment,” Abu Ahmed tells us. 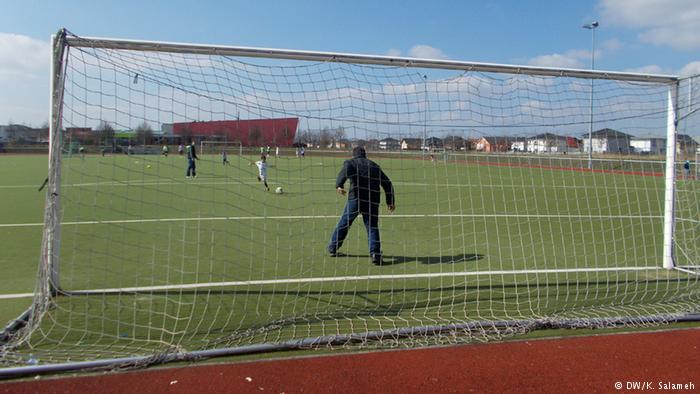 After returning from the stadium to the home of Ahmed al-Zaher’s family, Ahmad replaced his sports uniform and asked his parents to go down and play with the neighborhood’s children. The house is simple but neat and clean. “Provide him with the full comfort and all he needs in his life and to support his athletic development: personal and household hygiene, balanced and good food, adequate sleep and regular times,” says Um Ahmed, spontaneously and simply. “On a daily basis, after 1pm until his sleep, I am a full-time Ahmed: I take him to the club for training, and on the day that I do not have training at the club, I train him, I manage his account on Facebook and communicate with the media,” he said. He launched the account since Ahmed went to the 2010 pitch. He now has 5,000 friends and about 4,000 followers.

Looking forward to participating in the Olympics

The youngest Yosi Mardini, 18, and her family were even more fortunate to swim. She has been supported and adopted by the Wasserfreunde Spandau 04, a longtime club, with many Olympic titles in the first half of the 20th century. “The club has given me and her sister Sara accommodation in the Olympic city, training and free supervision as well as swimming equipment,” says Yousri Mohammed Ezzat Mardini’s father, who won the title of champion of the Republic for swimming more than once in Syria and has been a coach since. Twenty years. He also trained at the Jordanian Orthodox Club.

Yousra holds several titles at the level of Syria. Here in Germany they are preparing for the final of the Rio de Janeiro Olympics in Brazil next summer. “The chance to go up is about 85 to 90 percent … Just getting to the Olympics is an achievement, even if you can not do much,” said her father, who is confident of her ability to participate: “The training plan is for four years. De Janeiro. ” In the event that the opportunity to participate will be part of the refugee team, which will participate in the Olympics for the first time.

Yossele Mardini descends from the Spahine family. Since its inception, the water has been surrounded by all sides. In addition to her father, four of her brothers are swimmers and swimmers. Hossam has an Arab title. Her cousin, Waseem Zweiser, also received an Arab title. And do not forget the sister of Yousra, Sarah, the winner of the Syrian titles. “After my arrival at the end of last year, the German coach took part in a left-handed training for a moment, despite my separation from the mother, but this did not affect our support for her, the whole family is behind her to achieve her ambition. Mind “.

Behind every athlete sports family!

The story of Tarek Saoudi, 23, does not differ in its general context from the story of Ahmad and Yassari, but in details. “I played with Al Ittihad, the Cubs category, and we got fourth place in the Premier League,” Tariq tells us. Al-Ittihad is a club that has an account in Syria. It has won several times the Premier League and the trophies and won the AFC Cup in 2010. “I also participated for a few months in training with the Syrian team in internal camps,” he continues.

In Berlin, Tariq followed his career more than two years ago. He participated in the founding of the Syrian Sports Club in Berlin and played for several clubs in the German capital before settling in Concordia Wilhelmsruh three months ago. The team plays in the second division at the level of the state of Berlin. 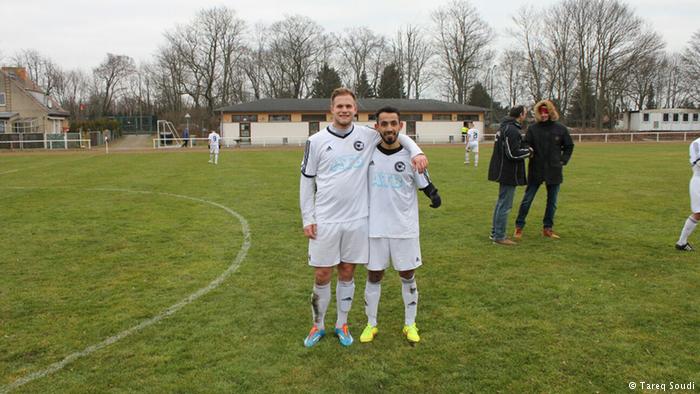 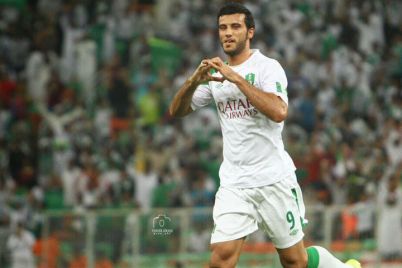 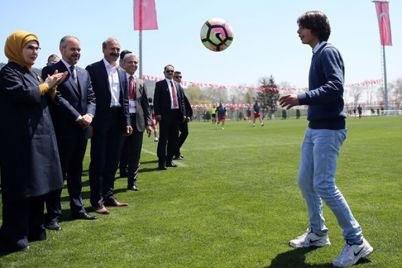 “New Messi” Syrian will play for the Turkish team