They fled from the hell of war in Syria, forming a new figure in the equation of economic growth in Egypt. Thus, the Syrian refugees represented a driving force for the Egyptian economy, unlike a traditional burden left by the refugees in any land they attack.

The indicators of the Egyptian economy and field monitoring revealed the role of Syrian labor in moving the wheel of production in Egypt, as they invented small and medium projects, as well as a character that was not assigned to the Egyptian market, so the production which generates a return sufficient for private life and exceeds investment, a factor common to the Syrian communities in Egypt .

And spread to the social networking sites, pages of Syrian occupations in the heart of the Egyptian capital, including a group of women who are thinking of domestic projects, is the manufacture and preparation of meals and household delivery to customers wherever they want, an idea that won the admiration of many, and the taste of food Domestic unpackaged restaurants are frequented by many customers.

Clothing industry
Many Syrians have not obtained work permits in Egypt and thus end up working illegally, but the money they spend feeds Egypt’s relatively faltering economy. Egypt has received more than 500,000 Syrians in five years, Syrian Business in Egypt and Chairman of Syrian Investors Committee in the Federation of Egyptian Chambers of Commerce.

Khaldoun said in a press statement that the Syrians are working in industry, trade, free professions and services, as well as Syrian businessmen, who are estimated at about 30 thousand, considering that the textile industries and the garment industry of all kinds are the most important industries established by the Syrians in Egypt.

Khaldoun added that the Syrians achieved their success because they worked in the weak area of ​​the Egyptian economy and industry, which is the field of small and medium industries that suffer from problems in management, expertise and technical employment and the emigration of Egyptians to it, especially the garment industry. These are the obstacles that Syrian industrialists have overcome through good management, And their efficiency in production and marketing.

Khaldoun said that the Syrians have formed a milestone in the economy. He said that Syrian clothing factories pump at least 10 million pieces a month in the Egyptian market, which contribute to meeting the needs of the local market and providing foreign liquidity that Egypt previously used to import such quantities from abroad.

Among those who praise them and those who regard them as excessive labor, the experience of recycling Syrian capital in Egypt and the success of Syrian immigrants in their place of detention, amidst an economy that suffers from many disturbances, deserves to be examined and evaluated.

For his part, Sherif al-Demerdash, the economic expert, told “Erm News” that Syrian labor is an effective element in the Egyptian economy. They managed to escape from the hell of war in Syria from competing Egyptian skilled workers, while at the same time excelling in Egyptian youth. They are waiting for jobs from the state.

However, he added that the efficiency and self-sufficiency of the Syrian workforce will push the Egyptian youth to positive, not to wait for the train of appointments, and to create other non-traditional fields of gain and production.

Majdi al-Ashmawi, the Egyptian economic expert, mentioned the number of benefits of the positive activity of the Syrian labor in Egypt, including the addition of a new figure to the GDP in the form of commodities, especially that the Syrian people have the advantage in the textile and furniture sector.

Ashmawi told Erm News that the benefit of Syrian activity in Egypt is that they are produced without banking burdens, depending on their expertise, skills and product quality.

Abu Yusif al-Suri, one of the most popular fast food restaurants in Egypt, was able to reserve a seat among the major restaurants in Cairo. He said in statements to “Erm News” that many Syrians managed to get their money out of Syria and succeeded in investing in many projects, including restaurants, .

He added that he chose Cairo to implement his project due to historical ties between the two countries, noting that he was able to reserve a place among the chain of famous restaurants in Egypt, thanks to insist on providing the best services.

While people were packed in front of a Syrian perfume shop that was recently spread in the sixth district of October west of the capital, Ibrahim al-Sourri returned the shop owner to the common culture and social roots between the Syrian and Egyptian peoples, as well as his dedication to providing the finest products at prices that suit everyone. A little profit by increasing sales is better than high profit with little sales. 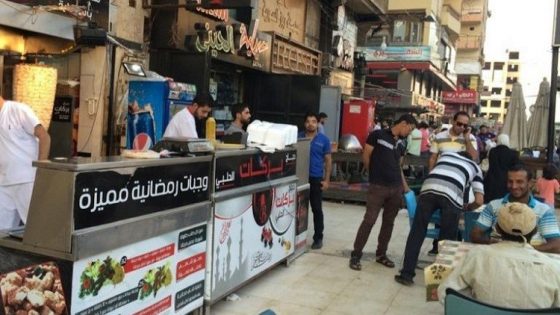 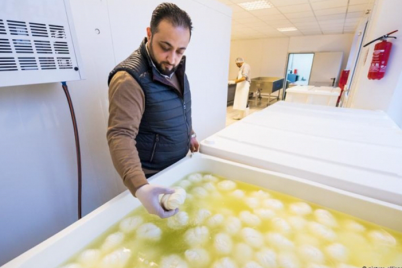 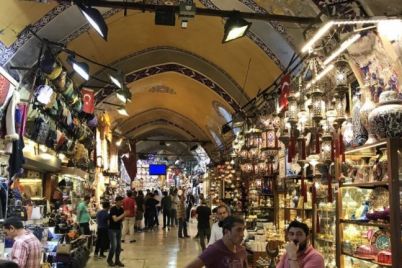