Gloves turning the language of reference to words .. Lights work hot hand .. Two inventions among the many innovations of young Syrians present in an exhibition in Lattakia these days.

Hundreds of visitors toured the 4th Applied Works Exhibition of the Faculty of Mechanical and Electrical Engineering at Tishreen University in Lattakia to witness the latest inventions of Syrian students, most of which stem from the need of the war raging in their country six years ago.

A student called Hala Issa, for example, invented a mechanical heart valve to dispel the need for doctors to import these valves from abroad afterwards.

“My project is a mechanical heart valve, a valve with four valves in the human heart that does not exist … it is a non-return valve that allows the blood to pass through one side without returning,” Hala said.

A student named Yazine Habib presented an example of an aircraft equipped with a spy camera that could be used for military or civilian purposes.

Another inventor student sought to find a solution to the power failure almost continuously, a machine breakfast to generate energy from ambient ambient temperature and use in lighting.

“We have tried to take advantage of an energy source that is not currently in use,” said student Issa al-Khatib, “heat is an existing and available source of energy.

Another student invented a glove that could help deaf and dumb communicate better with others. “The project is the design of a glove to convert sign language to speech,” said student inventor Mohamed Rehan, “People who use sign language, whether they are deaf or you can use this product or project, so that the hand signals of the word will be shown on the Android application. A word that is acceptable to appear as a voice and a picture. ”

Students demonstrate that they have developed these inventions on their own and with their own funding without support or funding from any part of the Syrian government. 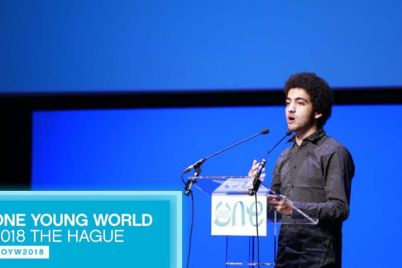 After winning the prize “Peace” .. Syrian Mohammed al-Jundi nominated for a global award

The MTV EMA generation change, the Syrian boy Mohammed El Gendy, was nominated for the award. “The 17-year-old soldier, who… 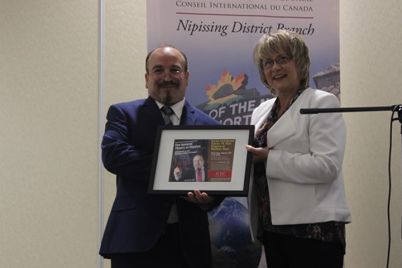 A Syrian Scientist in Canada Solves a Mystery

The Syrian physicist, the refugee in Canada, Ibrahim Jabr Aweer, a physicist who for 78 years has been unable to…