The Syrian student, Abdelkader Mahmoud, considered that Turkish nationality is closer to the dream of all Syrian refugees in Turkey after the war in Iraq and the lack of clarity of the features of a nearby solution. However, university youth prefer permanent residence granted by their rights to Turkish nationality. On nationality, the Syrian student at the University of Istanbul, that the nationality imposed on young people and the service of science, and prevents them from applying for asylum to any European country. The Syrian student, while speaking to the “new Arab”, the Turkish universities, Exactly, what opened the field to In addition to entering into any specialties, including progress towards obtaining the master’s and doctorate degrees. In turn, student Abdul Majid Abboud wished to grant Turkish nationality to Syrian academics, because they were absent from the lists of citizenship that Turkey finally granted to about seven thousand Syrians. About 13,000 Syrian students studying in Turkish universities, as well as 2,000 students in private universities, including 150 students in the master’s degree, and 352 students in the doctorate, and few, if not all of them, were not asked to grant Turkish citizenship, but focused the first batch on doctors Engineers and businessmen, a The student of architecture Aboud told the “new Arab” that some of his colleagues prefer permanent residence, because it gives them the rights of Turks in full and does not entail the burdens of nationality, and foremost of them Because most of the Syrian students in Turkey did not serve the service of science in Syria and they are of the age of service, and a large number of students are considering returning to Syria after study and the end of the war to contribute to the reconstruction and stability there. Policy research and migration At the University of Haga Tepe Turkish, with the support of the British Embassy in Ankara, that 52.5 percent of Syrian students living on Turkish territory prefer to obtain permanent residency instead of citizenship Neil.

<strong> Turkish universities allow them to complete their higher studies (Kusi / AFP) </ strong>
“The results of the six-month research show that more than half of Syrian students and academics are willing to return home if things improve,” said Murat Erdogan, director of the research center at a press conference in Ankara. 52.50 percent want to return if the situation in Syria improves, 26.94 percent never think of returning, 11.39 percent want to return under any circumstances, and 9.17 percent only demand the end of the war to return home.

Erdogan added that the number of students who continue their education in various Turkish universities reached 14,747 students out of 108,76 foreign students and ranked second after Azerbaijani students. Erdogan pointed out that the number of Syrian academics and teaching staff working in different Turkish universities reached 392 Academia, although the language factor is one of the biggest problems faced by Syrian academics in Turkey. He pointed out that 20 percent of Syrian students are pursuing their university education in Turkey based on scholarships, and that 85 percent of them have lost either his relative And his friend in the war in their country. Erdogan said that 45 percent of Syrian students were studying in Syrian universities before their refuge in Turkey, and that more than 72 percent of them expressed admiration for the educational system in Turkey, and praised the possibilities available in Turkish universities. To grant citizenship to the skills and owners of Syrian capital refugees on its territory, as the Turkish authorities began officially last Friday, procedures for the granting of Turkish nationality to an exceptional number of Syrian refugees in several cities of Turkey.

<strong> Permanent residence gives rights such as citizens (Kusi / AFP) </ strong>
The media reported that Turkey has agreed to grant citizenship to about seven thousand Syrian exceptional, within the Turkish plan to naturalize Syrians with scientific and professional qualifications. According to analysts, the Syrians’ acquisition of citizenship, individually or in installments, is only a step within the Turkish plan to naturalize about 300,000 Syrians out of the nearly three million Syrians residing in Turkish territory under temporary protectionism rather than asylum law. Based on the information available to her, in contact with a number of Syrian refugees who are diplomas (doctors, engineers, teachers) in several states to inquire about their desire to obtain Turkish citizenship. Informed sources report that, Government – Extraction of residence – a Kimleik’s extraction) of the Syrian qualifications and qualifications, she began to communicate with a number of them and tell them that they can obtain citizenship if they wish to do so. 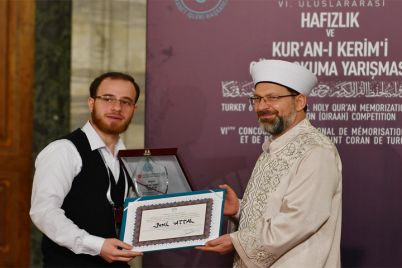 The Syrian, Basil Attal, won first place for the memorization branch in the international competition for memorizing the Quran and… 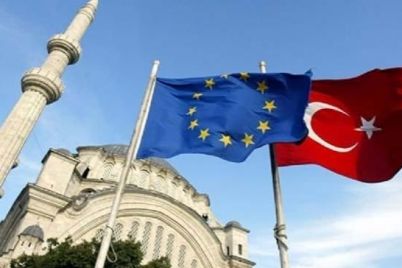 Deputy Head of the European Union Mission in Turkey, Gabriel Munwira Finals, described Turkey’s provision of education to more than…