A worker at a fish shop in the Turkish capital Ankara,

Although the presence of Syrians living in Turkey was considered a “stressful crisis” on the Turkish economy during the past months, recent statistics and estimates have shown that their presence on Turkish territory resulted in a major recovery in the Turkish economy and even raised the rate of growth this year, Rise over the next year.
The Syrians living in Turkey, due to the war conditions in their country, earn about $ 5 million a day from the Turkish goods they enter into Syria. According to Taher Ahmed Kassem, head of the Syrian Chamber of Commerce and Industry in Turkey, the Syrians are exporting food products, mainly from Turkey through the border crossings of Ongo Pinar and Gilfazuzu between Turkey and Syria.
“The Turkish Chamber of Commerce and Industry in Turkey was established 21 months ago in the town of Rayhanli (Rihaniyah) in the province of Hatay,” Kassem said in remarks on Tuesday. “We are working to increase the amount of exports from Turkey daily and thus increase our contribution to the introduction of foreign currency into Turkey.” South of Turkey, which is adjacent to the Syrian border, and now has 600 members, noting that they are planning to open branches in the provinces of Mersin and Gaziantep in southern Turkey as well.
Qassim pointed out that the chamber submitted the required papers to the Turkish authorities to approve the export of sugar to Syria. He added: “We also want to expand our activities in the export of crops and agricultural products to areas near the Turkish border, such as Idlib and others, and seek to bring goods from Syria to Turkey such as lentils, cotton, beans and cumin ».
According to official statistics in Turkey on the number of companies that are opened annually, Syrian companies represent a quarter of the 50 thousand companies opened each year.
The number of new companies opened in Turkey during the seven months of the current year, two thousand and 786 joint companies between Turks and foreigners, according to statistics issued by the Federation of Chambers of Commerce and the Turkish stock exchanges, the number of companies with the Syrians of this number and 102 companies, compared to 177 companies With partners from Iraq and Germany.
According to officials and economic analysts, the presence of Syrian refugees in Turkey was one of the reasons for the sudden rise in the rate of growth of the Turkish economy during the third quarter of last year 2015, and caused the expectation of high growth rates during the current year 2016.
Turkish economy officials say the Syrians, the world’s largest refugee community, have had a positive impact on Turkey’s economy, initially involving Syrian refugees bringing goods such as refrigerators and stoves, as well as cooking oil, bread, flour and building materials to Turkey five years ago.
Although Turkey’s 2.7 million refugees put pressure on housing and jobs, they are also spurring economic growth, and many have not been granted work permits to work illegally, while the money they have spent has fed the economy. They supported growth through consumer spending.
Turkish Deputy Prime Minister for Economic Affairs Mohammad Shimshak described a 4 percent growth in the third quarter of last year as a “positive surprise”. The Turkish government also revised its growth forecast for 2016 to 4.5 per cent, instead of only 4 per cent.
According to experts, it is difficult to obtain figures on the contributions of Syrian refugees living outside refugee camps, because part of their spending is concentrated in “informal” economic sectors. Experts estimate that one way to estimate this is to use the “hunger line” set up by the Turkish Trade Union Federation, the minimum that a “normal person” may need to spend to avoid hunger, 346 Turkish liras, equivalent to $ 117 a month.
Estimates of the expenditure of each Syrian refugee are 346 lira per month, ie 2.7 million refugees spend the equivalent of 0.6 per cent of Turkey’s gross domestic product.
On the other hand, the calculations indicate that Syrian refugees contribute to the expenditure of GDP by up to 1.7%, if the estimates are based on the “poverty line” of 1128 pounds per month, which is the minimum amount needed per month to avoid poverty, and includes the ability to Get things that are as basic as clothing, electricity, and basic transportation.
On the other hand, the influx of Syrian refugees has contributed to the increase in prices, especially food prices and housing rents in high-density areas, while the Turkish government also said earlier that since the beginning of the conflict in Syria, more than $ 10 billion had been spent on refugee camps, More money on goods and services.
Annual consumer prices rose to 9.48 per cent in January across Turkey, but the rates were 10.67 per cent in border areas such as Gaziantep, Adiyaman and Kellis.
Turkey’s main economic challenge this year is to tackle inflation, a task that, according to experts, has become more difficult because of the 30 percent increase in the minimum wage that began earlier this year.
The Syrians before the new amendments to the work permits in Turkey are placed in the category of consumers only until the last period, which caused the increase in inflation .. But after receiving the right to work will contribute to reducing inflation, but at the same time will cause increased unemployment to enter the production cycle . 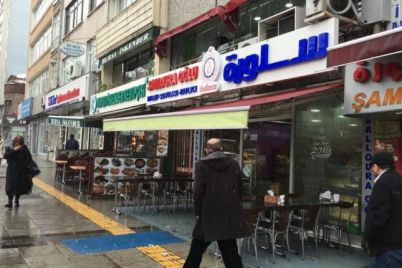 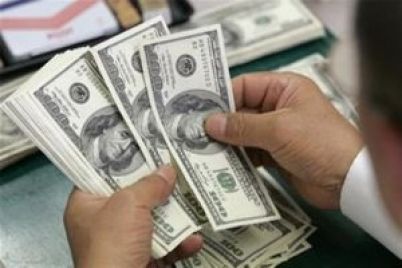