It is not difficult to distinguish some of the paintings painted by Syrians in a joint exhibition between them and their hosts of another nationality, and this is not due to the similarity in the identity of the Syrian artistic product, or stereotypical control of the Syrian painting and colors, as much as the expectations of the eye of the researcher of this painting that He sees the cruel creatures, complaining of instability, afraid of the stability of their steps on the ground, and the features of the face as if waiting for another tragedy after all that has gone through the woes.

The exhibition «Birlikte» – Arabic «Together» – his second experience in the collection of Turkish and Syrian artists in Istanbul Turkish, allowing five Syrian artists to work, in addition to five Turkish artists in one workshop produced an exhibition opened days ago at UNIQ GALLERY, a gathering of theaters and theaters New opens its doors to accommodate products of modern art in various manifestations and molds in one of the most important neighborhoods of the city «AYA ZA? A».

The five Syrian artists have come together to present their characters, which are overcome by strangeness, gloomy colors and sometimes distortions, to be the distinguishing feature of the difference between the characters and the components of the paintings of their fellow Turkish artists, despite the similarity in the academic knowledge background, most of them graduates of academic academic institutions, and rapprochement. But the experience of life may justify this difference, or even the experience of entering such an exhibition, may be adapted in the form of easy for Turkish artists with multiple galleries in Istanbul, compared to the narrow space that may open to Syrian artists, most of whom live without residence in the city. Once they find an experience that invites them to work under the title “Together”, they use this window to release all their internal chagrin, break their mattresses on the fabric and even draw on large plates offered to them by the joint workshop. Neglected homes from their homes on the outskirts of Istanbul.

Rand Ramadan (Damascus countryside 1989 – graduate of the Faculty of Fine Arts at Damascus University) writes under her paintings: “What I have presented in my paintings are human beings but from a completely different world. The ideas they carry are condensing, where no language can express. The echo of voices is repeated in depth, where distance, mother and long necks are the expression of the strange tired pain, the lines of the sad face … memory and loneliness.

“I can not say whether we are deformed by the horrors of what is happening, or that what is happening is because of our distortion,” writes Heba Ayzouq, a graduate of the Faculty of Fine Arts at the University of Damascus, under her paintings made up of strange bodies and similar faces.

While Iyad Ja’far summarizes his paintings by saying that “all my paintings bear the meaning and feelings of life and suffering of the Syrians, I hope that humanity fills all the hearts of mankind in the world.” His back and shortness of his stature … fixed in fear over the column «dome» not as a mask but as if there is no more space than it suits.

The paintings of the Syrian artists in the exhibition face the frightening world it is experiencing, and the bitter experience it has undergone and complete. In modern art there is no language capable of expressing itself, imprisoning itself harshly in its faces and narrow spaces of motion, dead beings that are neither alive nor dead, Turks in wider areas and more flowing colors. Some of them seem to have been wasted outside the painting during the painting rather than in the modernist tradition, such as those of the artist Halle Arslan (Izmir 1993 – graduate of the Faculty of Fine Arts at the Marmara Mosque), which shows the impact of a hammer hanging to its side, The strike, while the iPad hangs near the panels, shows the sounds of those strikes. The painting meets the hammer, the infected surface (the paper) and the sound (the iPad).

“Her long necks carry painstrings and a language that is not fully understood to express the difficulty of communicating and adapting to new places,” says Rand Ramadan. The most difficult thing facing me here is the difficulty of building social relations, boredom of waiting, the unknown future, fatigue and insomnia. Those faces in my paintings are for a person who tries to express what is within him and can not … betray his ignorance of language and ways of communicating with the other.

Rend points to her paintings, whose faces are absent and whose necks are extended to give the paintings a longitudinal extension. “I have deep details of my local environment in Syria, where the village, the family, the grandmother and all the components of life that suddenly disappeared after leaving the place, and confusion in the new place that I do not know how to deal with. I was cut off from drawing for two years for family conditions and I promised this professional, which offered us a rich opportunity as Syrian artists living in Istanbul. It is regrettable to say that it provided what was not readily available to us in Syria where it was not easy for us to secure our tools, galleries and others. Everything here was ready for us and we only needed to interact with each other and start building paintings, and our common denominator was Syrians and Turks, which was the age and academic level. We do not have long experience in drawing, and the professional removed all the differences between us. Even the Turkish artists spoke English with us and with each other so that there would be no obstacles between us. ”

The exhibition is accepted daily by amateur art lovers and its followers in Istanbul. Syrian painters are hesitant to talk about their paintings to their weakest in Turkish, but the paintings may be enough. The same paintings may reflect the alienation and difficulty of understanding about those Syrian objects dumped in a country that represents the distance between the refugee camp in northern Syria and Europe. 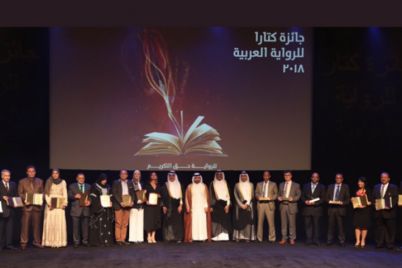 The Katara Prize for Arabic Fiction in Qatar announced the winners of its fourth edition. On October 16, the Syrian… 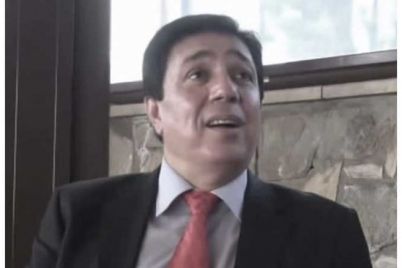 Gaziantep «Al Quds Al Arabi»: Do not be surprised if you collided with one of the Syrian creative artists, and…