The activities of the Sharjah Festival for Arab Poetry starts with its 17th session, with the participation of 42 poets from different Arab countries.

The administration indicated that the festival will include various cultural and poetic activities, in the presence of the ruler of Sharjah, Sultan Bin Muhammad Al Qasimi, and a group of media professionals, pioneers of poetry and Arab culture.

Syrian storyteller, Nawaf Younes, will run a morning literary seminar entitled “Poetry and translation … faithful rapprochement or creative contrast?”, Which takes place on the third day of the festival.

The Sharjah Festival of Arab Poetry is one of the most prominent forums that pays attention to poetry on the Arab cultural scene, and is held every year for six days under the auspices of the Department of Culture in Sharjah.

The festival honors a local and Arab figure every year, as it had previously honored the Syrian poet, Mohamed Naguib Murad, in 2012 for his entire career in the field of poetry.

The Sharjah Festival of Arabic Poetry is one of the six festivals and awards organized by the Department of Culture in Sharjah every year, among them, prizes in theater authorship, Arab culture, plastic criticism, the Arab Creativity Award and school theater authorship. 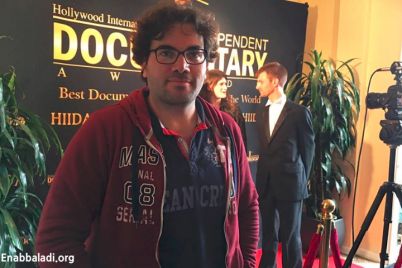 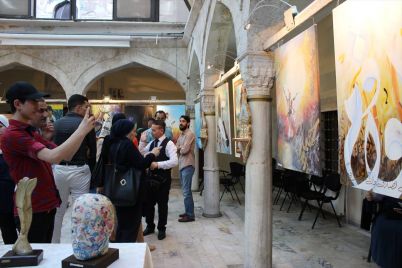 “Atyaf” .. A plastic art exhibition in Istanbul brings together Arab and Turkish artists

On Saturday evening, the city of Istanbul witnessed the opening of an exhibition of plastic arts under the title “Atif”,…